If you're being asked to do more work, it makes sense to start asking for more money.

In the wonderful world of freelancing, you are sometimes asked to make revisions. Normally, this doesn't bother me. You make some adjustments to the work, and you move on. On two occasions, I even did complete rewrites. Mainly because I felt that I had misinterpreted the client's needs, and I felt that I should re-submit.

What's hard, though, is when a client starts asking you to add more here and there. Setting freelance rates is tricky enough, but when do you start raising the price? In the past, I used to add more detail as requested. Soon, though, I found that the additions that some clients wanted resulted in a post that was almost twice as long as the original. Through a little bit of sneaky “more detail here” and “please expand here”, some clients were getting the work of two posts for the price of one!

Last week, I decided that I'd had enough.

I became a diva. 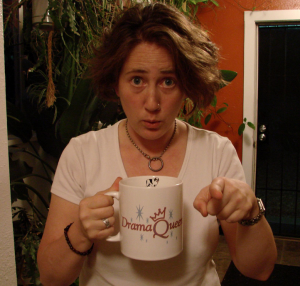 Asking for More Money as a Freelancer

I was very clear about the word count range that constitutes a post, and what that word count costs, and when a client sent back a post for revision, I looked it over. Almost every request was one to the effect of: I want all the details about this thing. So I wrote back and said that I could re-work the post to have more details about one thing (this was a list-type post with a brief explanation of multiple items), but that adding all the details about all of the items being asked for would result in a post at least twice as long. I pointed out that what he was asking for couldn't be covered in a basic 500 – 650 word post. If he wanted a longer post, he would have to pay the price for a longer post. Or, we could break the post up into several related posts, each with a detailed description.

However, I made it clear that just adding on to the post, and doing the same amount of new writing for free was not an option. Does this make me difficult to work with? Maybe.

It's almost never easy to ask for more money as a freelancer. What if the client leaves? What if you end up not making any money at all? It's always tough to walk that line. And, to tell the truth, three years ago I would never have written back and laid out alternatives for the client. I would have been too worried about losing the client. One of the nice perks of building up your freelancing business is that, at some point, you have the ability to say: “This is how it is. Take it or leave it.” And you don't have to worry so much if they leave it.

At some point, you have to start acting like a diva.

0 thoughts on “Asking for More Money: Or, How I Became a Freelancing Diva”