We hear a lot about ?looking rich.? Many of us want the things that imply that we?re wealthy. And rejection only makes us more desperate to get ?the look? when aspiring to affluence.

Recently, I read about a study coming out soon in the Journal of Consumer Research (h/t Jim Wang at Microblogger). According to this study, snobby salespeople in upscale stores can actually increase your desire to buy.

I found this result interesting, and spoke to my husband about it. He pointed out that many of those aspiring to affluence want to look as though they?ve already ?made it.? Buying luxury brands can increase one?s feeling of belonging to an exclusive set of ?the rich.? 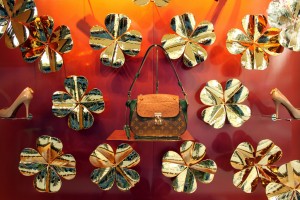 Being rejected only increases the desire to buy luxury items and be seen as ?worthy? to be included in the ranks of the affluent. Plus, the fact that you are originally rejected indicates that it's difficult to scale that mountain. Once you do (by purchasing a luxury item), you've joined “the club” of those who have “worked hard” to get the good life.

According to the research, a snobby salesperson can increase consumer desire for upscale goods. When you feel as though you are being rejected, or that the salesperson doesn?t think you?re ?good enough? to afford the item, the desire to ?prove? yourself is increased. You want to buy that item to ?show? the snob that you are capable of making it happen with your money.

Not only that, but rejection related to luxury goods can also increase your perception of these items as exclusive and desirable. When you?re aspiring to affluence, it becomes important for you to show that you belong in those rarified circles.

This effect, according to the research presented in the article, is further enhanced when the condescending salesperson dresses the part. If you go into an upscale clothing store, and the salesperson is dressed in designer clothes and looks wealthy, you are even more likely to want the luxury goods, no matter how rude the salesperson is to you. You see that you?re being rejected by someone in the circle to which you want to belong, and you want that acceptance.

Here is what the researchers write about the impact of snobs on the desire to buy luxury items:

Social rejection motivates individuals to conform, obey, change their attitudes, work harder and generally try to present themselves in a favorable manner in order to gain acceptance.

If a well-dressed salesperson is rude to you, and assumes you can?t make a purchase at the store, you are likely to feel like you must have that item. You want to come back and complete the purchase.

However, this type of mentality doesn?t apply with less expensive brands. Brands associated with the middle class, like American Eagle and Gap, don?t have this same bias, probably because middle class shoppers don?t feel as though they need to aspire to the middle class; they are already there. If a salesperson at one of these more affordable stores is rude, a consumer is more likely to leave ? and perhaps not come back. 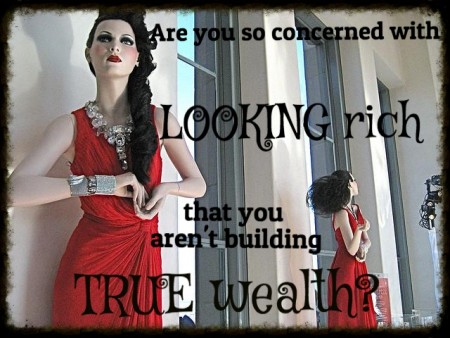 This mentality can be applied to other financial situations and shopping situations as well. In many cases, it?s tempting to spend more money on the trappings of affluence. If you see someone that you think of as wealthy buying a certain brand of car, or wearing certain clothes, it?s tempting to imitate him or her. After all, if you want to be accepted by the rich, you need to look and act like them, right?

And that?s where things can start to get dicey for your finances. In a society that encourages you to ?fake it ?til you make it,? you might want to buy the trappings of a rich lifestyle now ? even if you can?t afford them.

This is especially true if you have been rejected by those you consider wealthy in the past. Think about high school. Many high school students find themselves trying so hard to fit in and gain acceptance in the ?in crowd.? No matter how they are made fun of, or how they are rejected, they keep trying. And may even become more desperate in order to be accepted, modifying their behaviors and trying to copy whatever it is that makes the cool kids cool.

It?s a dangerous road to go down, though. In some cases, you might not even be imitating someone else?s wealth. Instead, you might be imitating their debt. You might not know that the person down the street ? the one who is so proud of his or her toys and acts superior because of it ? is actually in debt. Aspiring to affluence might not be heading that direction at all, especially if you are so concerned with looking rich that you aren?t actually building wealth.

2 thoughts on “Aspiring to Affluence: Snobby Salespeople and the Inclination to Buy”