While I'm not much into couponing, it's become a big deal since the Great Recession. It's changed the way many Americans shop.

In the age of the recessionista, coupons represent a popular and increasingly acceptable means of driving home a bargain while shopping for groceries, clothing and even tech products.

A 2013 survey from Linkable Networks revealed that 93 percent of Americans had used coupons at some point in their shopping, with 73 percent admitting to using coupons several times each month. But coupons have not always been the norm in American society?they only entered the common lexicon during the 20th century. From turn-of-the-century Coke promotions to mobile deals and reality shows, this shopping habit has come a long way from its humble beginnings. 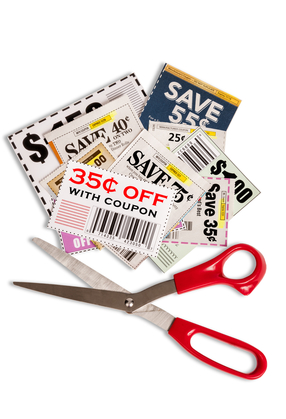 Coca-Cola and the Coupon Revolution

The very first recorded coupon resulted from a stroke of inspiration derived by a lowly bookkeeper at Coca-Cola: Attract new customers by advertising free tastes of Coke. The original Coca-Cola genius, John Pemberton, scoffed at the idea, referring to it as “extravagant,” according to Wired. But the concept later gained traction with Coca-Cola's next owner, Asa Griggs Candler. Eager to expand the customer base, Candler sent out thousands of tickets promising free Coke drinks for ticket holders at local dispensers. The effort was an immediate success, convincing other businesses to mail out their own coupon deals.

Although the prominence of coupons continued to rise modestly throughout the early 20th century, the concept really took off during the Great Depression, when businesses began struggling under the burden of a population unable to pay for such simple necessities as soap and flour. Coupons quickly became an essential for urban families hoping to put food on the table and companies on the brink of collapse, as the Chicago Tribune points out. Even after the economy's recovery, consumers continued using coupons as a means of justifying more extravagant purchases.

In this day and age, a seemingly popular practice is not worthy of the phenomenon title until it is placed front and center in a reality show. Such is the case with couponing, which, while incredibly popular during the disastrous recession, did not receive its own show until 2010. Produced by TLC, “Extreme Couponing” thrives on the wacky and thrifty habits of its featured couponers, many of whom are not quite as economically savvy as they'd like to think.

The New York Times highlights the occasionally clueless stars of the show as mere paragons of the obesity culture, using their tiny scraps of paper as means of justifying their dependence on over-consumption. Other viewers, particularly those attempting to survive with very limited budgets, find the show educational and believe it offers inspiration for significant in-store savings that can easily be amended to meet the needs of shoppers.

Couponing is once again seeing a transformation, but this time the changes are primarily driven by smartphones and tablets. As such technology becomes available to a wider economic demographic, many shoppers are finding ways to negate the extra expense of their gadgets through significant savings on everyday items. Retailers, in turn, view mobile coupons as a more cost-effective means of drawing shoppers in for good deals. Coupon apps linked to retail sites like Macys.com serve an important role in attracting business on such major events as Black Friday and during slower shopping periods throughout the remainder of the year.

1 thought on “Couponing: The Historical Transformation in America”