My nieces like Princess stuff. I get it, but I feel bad every time. I've never been a huge fan of Disney Princesses, and they kind of annoy me. My mom once tried to help me feel better — or at least justify Princess stuff — by saying that it's just like superhero stuff for boys. That's an unattainable image as well. Unfortunately, there are a couple things wrong with that logic in my mind:

So I really liked this this deconstruction of Disney Princesses. 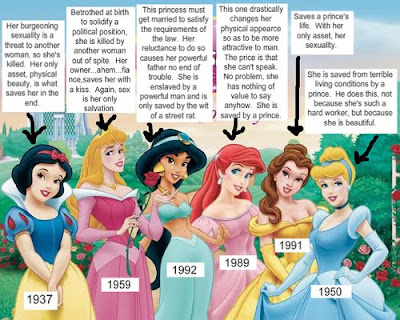