The IRS makes a distinction between earned income vs. unearned income. Know the difference. 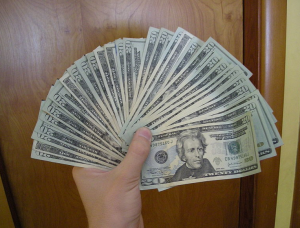 For the most part, the difference between earned income vs. unearned income is fairly straightforward. Earned income is something that you receive in exchange for the work you do or the services you provide. My income from my home business as a freelance writer is earned income. When you make money in wages, tips, and professional fees, you have earned income.

If you are involved in a business and help with the day-to-day running of the business, you have earned income. You might also need to count foreign income as earned income, and you should talk to a financial or tax professional if you aren’t sure if your real estate income counts as earned income or unearned income. But, for most people, the bulk of the income they have is earned.

It’s also important to note that, for many people, earned income is taxed at a higher rate. When you talk about your marginal tax bracket, this where earned income is considered. Your investment income might be counted separately, especially if it’s made off long-term investments.

When you’re talking about effective tax rate vs. marginal tax rate, and the overall percentage of your income that you pay in taxes, there’s a reason that there is controversy over what the wealthy pay and what working stiffs end up paying.

Many people equate unearned income with passive income. In some cases, this type of income is passive. Unearned income is money that you receive without doing “work” for it.

According to the IRS, unearned income includes your income from interest, dividends, and capital gains. In some cases, this income is taxed differently. In fact, it might be taxed at a lower rate than your marginal rate. This is why the wealthy try to make money off of assets, rather than offer their labor.

Other unearned income sources include:

It’s also worth noting that if you receive income from an estate, trust, partnership or S corporation, without being an active part of the management, that might also be considered unearned income.

Earned vs. Unearned Income — The IRS Expects Its Cut

Realize, though, that even your unearned income has to be reported —and it will likely be taxed. There are places on your tax form to report various types of income.

The IRS wants to know what you make, and where the money comes from. Be sure to account for all of your income, and properly report it. If you under-report, you could face penalties, fines, and even jail. If you need help, consult the IRS web site, or a knowledgeable tax professional.