What do you think makes financial success? Do you feel that you are financially successful?

Today, MoneyTips.com releases another one of its “Next Door” reports. The last report was about retiring; this new release is called The Millennial Next Door. The idea behind this report is to provide insight into what makes?for financial success for people in their 20s and early 30s.

One thing you need to watch out for, though, is the idea that you have financial success — even if you aren’t actually successful. You might?feel like a financial success, but your perception might be skewed. Here are some things to think about as you consider your definition of money success: 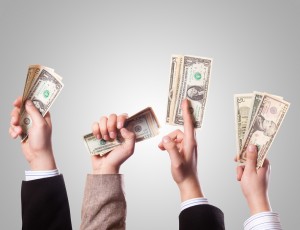 Do You Just “Look Rich”?

Identifying what it really means to be rich can be difficult. Too often, we aspire to have the things we think that the wealthy enjoy. This can encourage us to spend more than we normally would in order to “fit in” with the wealthy crowd — or even to feel superior to those around us. We like to feel exclusive, but the reality is that there is more to being truly successful when it comes to money than “looking rich.”

According to the report from MoneyTips.com, 41 percent of successful millennials have less than $5,000 in debt. This means that success isn’t about getting into debt so that you?look like you have a lot; it’s about making decisions that lead to true wealth down the road. Too often, we think of financial success in terms of what we can buy — and that often includes what we buy with debt — rather than what we have in terms of financial security.

Related to this is the fact that only 50 percent of millennials that feel successful have enough saved up to maintain their current standard of living for at least three months. While success doesn’t depend entirely on whether or not you have a lot set aside for emergencies, the reality is that financial security requires that you be prepared for financial setbacks.

I’m not sure you can truly claim financial success if you aren’t at least setting up the situation for stability down the road. Are you on the road to financial independence? Are you setting aside money for retirement? Are you building some sort of cushion against setbacks? While I don’t think you have to have everything figured out to be considered successful with money, I do think that you should be working toward stability, and that you should be less concerned about looking as though you are successful and more concerned about building a solid financial foundation.

What Financial Success Means to Me

Of course, my view of financial success might be different than yours. Personal finance is deeply personal, after all. But I do think that you need to be realistic about whether or not you are?truly successful, or if you just have the trappings of what you?think indicates success to your peers.

Beyond that, money success, to me, is about being able to cover all of your needs without resorting to debt. You might be able to pay for some of your wants (or be able to save up for them). It also means that you have some level of cushion so that a car repair or busted appliance doesn’t bring you down for the month. And, even if you don’t have a lot of money, you should be setting aside some money to invest in the future. It’s about baby steps. If you have your situation under control so that you can live within your means and take steps to build your future, I think that’s financial success.

But I also think that money success isn’t something that you just achieve and stop working for. It’s not a destination as much as it as a journey. Keep improving your situation. You might not have reached the ideal just yet, but as long as you are moving in that direction, and you aren’t doing things just for the look of it, I think there’s a strong argument that you are achieving some level of success.

What do you think? What is financial success in your mind?

4 thoughts on “Do You Have TRUE Financial Success?”