You might not realize that you are reading something I wrote. Because my name's not on it.

It's true that, in a certain web circle, my writing is prolific. “Oh, you're Miranda!” was one of the top four things I heard at the Financial Blogger Conference last year. Because I write for a lot of different web sites, sometimes it feels like you can't get away from me if you read personal finance blogs.

But the truth is much worse than you think. Not only do I write posts with my byline, but I also provide ghostwriting services. And not just in the financial blogging realm. You might have read something I wrote, without even realizing it. I ghostwrite articles for newsletters, ebooks, and even hardcopy books. But I'm far from the only ghostwriter running around. 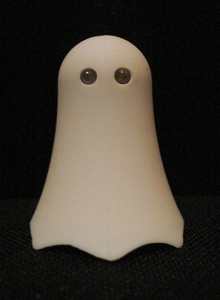 Indeed, there are plenty of ghostwriters for hire around the world. Ghostwriting is increasingly prevalent as entrepreneurs, executives, and others try to free up time for other projects. Additionally, there are those who have interesting ideas, but don't feel confident with their ability to express themselves in writing.

Keep Your Byline Out Of It

Of course, as a true ghostwriter, you can't spill the beans about whose name is on what you wrote. And you have to be able to look past the fact that someone else is getting credit for your hard work. Sometimes, when I see something that has done well on a major site, I have to take a deep breath: It's the agreement I made. And being paid for the piece was enough at the time — and will still have to be enough.

There were only two times that I shared that I had ghostwritten articles, and I only shared this information because the people who had me do the ghostwriting actually gave me credit. Other than that, if your byline isn't on it, and you've been paid for the content and transferred the rights, it's not yours — and spilling the beans isn't exactly the ethical thing to do.

Should You Ghostwrite for Others?

I don't think too much about ghostwriting, since it has been part of my freelancing home business since almost the beginning. However, I know that other writers have issues with the idea of ghostwriting. There are those who want their names on everything they write, and also have an issue with allowing someone else to take credit for something they didn't actually write.

The ethical issues are thorny. On the one hand, someone is putting his or her name on something that he or she didn't write. However, on the other hand, that someone paid for a specific product; once the price is paid, he or she owns it and can do what he or she wishes with it.

How you view ghostwriting probably depends on how you view your own work. To tell the truth, I view myself as someone providing a product. As a result, other than the occasional twinge when I wish that I received credit for something that appears to have gained a lot of positive attention, I generally don't worry about what my clients do with something that they bought and paid for.

What do you think about ghostwriting? Would you do it as a freelancer?

0 thoughts on “Freelance Ghostwriting: Who Wrote That?”