With LDS General Conference solidly underway, I've been thinking a little bit about Mitt Romney, and the presidential contest. Mostly, I'm wondering what the Obama campaign is going to do if Romney gets the Republican nomination (and it looks like he should). There are plenty of things to attack him with as they relate to policy, but I worry that the real focus of the campaign is going to devolve into how horrifyingly weird and backward Mormons are. 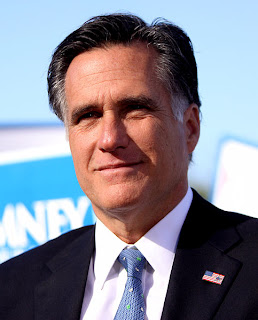 So far, the Left hasn't done much in terms of attacking Romney for his Mormonism. Obama and other liberal politicians haven't had to. Fellow Republicans have been doing a fine job of attacking Romney's religion throughout the primaries. And, while polls show that, in general, liberals dislike and distrust Mormons more than conservatives do, so far that hasn't translated into very many presidential-race type attacks on Romney for his faith.

I'm really hoping that Obama and his advisers remember that there are liberal Mormons running around. Mormons aren't just a monolithic bloc. We think of Mormons as living in conservative Utah, and it's easy to assume that Mormons are a throw-away population that politicians, particularly those of liberal bent, don't need to worry about.

I identify myself as liberal, and I'm a practicing Mormon. With a calling and everything.

Liberals generally pride themselves on tolerance and openness to people who are different. It would be extremely disappointing to me to see Obama's campaign relying on attacks on someone's religion, rather than focusing more on policy issues. What the campaign really needs to focus on is combatting the misinformation out there, and really getting the message out on the administration's accomplishments.

I know the LDS Church makes an easy target. Few Americans know much about us. Anti-Mormonism is an acceptable sentiment. Mormons have beliefs that many think are weird. We engage in strange practices. The history of the LDS Church, like the rest of human history and religious history, is marked by people doing stupid (and sometimes horrifying) things in the name of God.

But being an easy target doesn't mean that we should be. Romney could be an easy target for some many other reasons: Tax policy, health policy, economic policy. Things that make an actual difference to all of us. Reducing the campaign to showcasing how “weird” and “dangerous” Romney is because he's Mormon would introduce yet another low point in American political discourse.