Over the years, I’ve whittled my resolution list down. In the past, I’d have a whole list of resolutions for the New Year. Of course, such a list rarely turns out well. Instead, I’ve started thinking about one or two things in various areas of my life to focus on for the entire year. I also try not to let a slip up be the end of me.

Part of the reason it’s possible to overcome goal setbacks is due to the fact that I’ve largely stopped setting process goals and I now focus more on results-oriented goals. And this year my home business goal for 2014 is to work less. 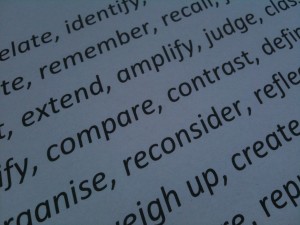 What is a Process Goal?

Setting goals this way is specific, but it puts a lot of focus on the process involved. Since it’s more about the process, it’s easy to fail at your goal. If you skip going to the gym one day in February, your entire resolution is shot because you didn’t exercise?every day.

Results-oriented goals require a process, of course, but the focus is on the end result. A results-oriented goal might be to gain 10 pounds of lean muscle for the year. That’s your goal. Then, you create a process to help you achieve that goal. But your focus is on reaching that milestone, rather than the daily process. That means that if you skip your workout one day, you can go a little longer for each of the next two days.

Additionally, results-oriented goals also allow you to mark progress in a way that is a little less discouraging. If you want to improve at the guitar, you can set a schedule that works for you as part of the process, and then see where you stand in three months, and six months, and so on. Looking back, you can see that you have improved — and the fact that maybe you haven’t been practicing?each day isn’t as important.

With a process goal, it’s more about checking it off each day. With a results-oriented goal, you’re actually looking for overall improvement — and the focus is on becoming a better?something (businessperson, musician, human being, whatever).

I’ve got a few goals set for other areas of my life. The self-improvement area has the largest number of goals, but that’s not unusual for me. My financial goal this year has to do with investing, and my home business goal is to work less.

When you think of home business goals, work less isn’t often the first thing that comes to mind. It’s usually about growth and income and marketing. But I’ve been bogged down. And the last thing I need is more work. Instead, I want to work less.

The result of this goal is pretty easy to measure: If, by the end of the year I’m spending less time on work and more time on other things, I’ll have succeeded. However, I’m not measuring success in terms of whether or not I work half an hour less every day (that would be a process goal). Instead, I’m measuring it in terms of overall hours on the year. I’ve been slowly switching my work around to take advantage of my peak productivity, and this should be the key to less work?overall.

I know roughly how many hours I spend working each month, and I can extrapolate that out to the entire year of 2013. The idea for 2014 is to work less overall, and I think I can accomplish that.

In addition to focusing on working during peak productivity hours, I plan to engage in a few other activities designed to help me reach my home business goal of working less:

I’m excited for the New Year, which is great, because I haven’t been excited about a whole lot lately. So, here’s to a brand new start.

What’s your home business goal for 2014? How will you accomplish it?