One of the challenges facing you as a home business owner is investing for retirement.

Ever since the Great Recession, there has been an increase in the number of home business owners and freelancers. It's a new job market, and more people realize that they can no longer rely on a more traditional job for all their financial needs.

While being a home business owner can be exciting, the unfortunate reality is that too many don't think about retirement. This is especially true of the growing number of freelancers (like me) and temps who might not even think of their endeavors as businesses. 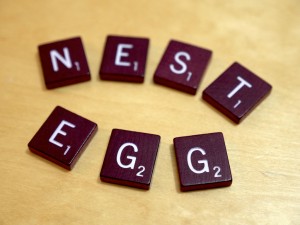 According to an article from Daily Finance, this is a growing problem in the United States:

The potential consequences are scary not only for them — the nation's growing ranks of entrepreneurs, freelancers, consultants and contractors — but also for the United States as a whole. With more and more people without regular jobs and the benefits that come with them, the nation faces a?retirement?time bomb.

New data from TD Ameritrade Holding reveals the worrisome state of the retirement savings of independent workers. The brokerage company's Self-Employment and Retirement Survey found that 28 percent of the self-employed weren't saving anything at all, and another 40 percent were only saving occasionally, when they said they were able.

As a home business owner, it's easy to lose sight of some of the benefits that those who work for “the man” take for granted. Health insurance and retirement are the two biggest benefits of working for someone else. However, home business owners often remember to sign up for health insurance (and wince at the often-higher cost), but it's less common for them to sign up for a retirement account.

What Can You You Do for a Retirement Account?

As a home business owner, you need to make sure that you are taking care of your future. Even though the current U.S. retirement system isn't exactly set up for the self-employed, you still have options.

I have a Roth IRA with Betterment that I am close to maxing out. However, I know that I could do better. In fact, if I opened a SEP IRA, I could set aside more than the $5,500 that is the current limit. It's something I've toyed with.

I've also thought about looking into the Solo 401(k). Traditional employees get access to the 401(k), with its higher limits. I've heard many a home business owner complain that they don't have access to the higher $17,500 limit that comes with a 401(k) through work. The good news for these would-be savers is that it is possible for them to reap the benefits of a 401(k). A Solo 401(k) is available to the self-employed, and it's worth seeing if you are eligible. You can even get access to a Roth version of a Solo 401(k).

Choosing a Retirement Plan as a Home Business Owner

If you are a solopreneur, like many freelancers, choosing a retirement plan as a home business owner is fairly straightforward. You can open a SEP IRA or a Solo 401(k) — or just be happy with an IRA — and not have to worry too much about offering a plan to your employees.

Home business owners with employees beside themselves, though, have a little more to think about. In some cases, you have to make contributions to their accounts if you want to be able to contribute to your own account. Consult with a professional to figure out which plan to offer, and how the benefit needs to be structured, in order to remain in compliance with IRS regulations. You can still take advantage of contributions to your own future, but you will also have to benefit your employees as well.

However, this approach is a bit risky. Instead, I like the idea of starting investing as early as you can, and using a tax-advantaged account to best effect. You'll build your nest egg over time, even as you build your home business.

3 thoughts on “Home Business Owner: Are You Preparing for Retirement?”