I learned a while ago that one of the best ways to learn how to save money is to be a PITA. Here are some ways that being a pain in the *ahem* arse can help you save more money.

My friend Shanah Bell recently released a great book, The Art of Being a PITA

. In it, she shares practical tips for being a pain in the ass and how it can help you adapt and live the life you want.

I’ve been a PITA for my fair share of the time, and I can tell you that it’s saved me thousands of dollars. Just being willing to raise a bit of a fuss can help you get what you’re due.

How to Save Money on Fees

One of the best ways to save money is to ask for your fees to be waived. It’s not?really?being a pain, but just asking can reduce the fees you pay for certain services.

Several years ago, one of my no-fee credit cards was going to introduce a fee. I complained about it on Twitter and received a DM asking me for my number. The issuer called and set up my account to waive the fee. To this day, I’m not paying an annual fee on that credit card ? at a savings of $95 per year.

It’s just not credit card fees. Many banks will waive between one and three overdraft fees per year. All you have to do is ask.

I also got a break on a monthly fee for a checking account. When I wanted to open a new business account with a bank I’d done business with for years, they agreed to waive the monthly maintenance fee because I had other accounts with them. It took some back and forth, but I stuck to my guns, and the weary bank manager gave in.

How to Save Money on Bigger Items

As a PITA, you can also save money on other items. Last fall, my son’s beater needed some work. I decided to take it in and see what we could get upgraded for a couple thousand dollars. The idea was to get the car in such shape as to ensure that it lasts his final two years of high school.

A week after putting all that money in, the car broke down ? because of an issue that was supposedly fixed. I demanded the fix the problem for free, saving me from having to pay for more.

Later, I discovered that?two more? issues that they were supposed to have fixed actually hadn’t been. I marched down there with the receipt and list of items taken care of (and the beat up parts that they claimed had been switched) and demanded all my money back.

They hemmed and hawed, but I made enough of a PITA of myself that eventually they caved. Rather than just accepting the situation and paying for the repairs twice, I got my money back and saved thousands.

Now, when I take my car to a (new) mechanic, I demand to see the old parts and require pictures before they start work on the car. I want to make sure that everything is happening as it should. I like to think that this insistence will save me money down the road.

I’m kind of a PITA now, in the hopes that it will pay off later. 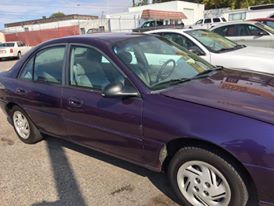 Being a PITA in My Business

Being a PITA in my own business has also been financially rewarding. A few years ago, I stopped accepting that I had to take on all the work offered to me. Instead, I started quoting my real rate? ? and saying no to people who won’t pay it.

As a result, I work less and earn more. This is an advantage to me, provides me with more time, and it helps my business and my life.

One of the things I liked about Shanah’s book is that she focuses on ways that being a PITA can help you live your best life. That’s right, learning how to be a PITA is about more than just saving money. It’s also about focusing on the things that matter most.

I’ve found that living my life the way I do sometimes means that I’m in an alternate reality as compared to those around me. I travel more. My schedule is weird. Sometimes it can be hard to coordinate with me because of how I do things, and because I’m a single mom on top of it.

But I’ve learned to love my life, and not feel bad about it.

As a PITA, you don’t have to do things the way you’re “supposed” to. Whether it’s ditching the 9-to-5, arguing about fees, or finding a new way to approach a problem, Shanah says being a PITA is about doing things your way.

And being unapologetic about it.

Too often, we think we have to apologize for doing things differently. But it’s ok not to. Be a PITA. Embrace it. And use it to your advantage.

2 thoughts on “How to Save Money by Being a PITA”