This is something that I don’t get. I don’t think it’s “punishment” for success when the wealthy pay higher taxes. I’m not sure how contributing more to the general advancement of society is a punishment.

Part of the issue is that the wealthy tend to live in bubbles. Bubbles from which they rarely emerge. Their lack of contact with those in lower economic classes, according to various studies, means that they have a hard time feeling empathy for those less fortunate. In fact, some of the wealthy tend to look down on those without the same worldly assets — and insist that everything they have came to them because of hard work and virtue.

Even those who have access to the privileges and opportunities that someone growing up poor wouldn’t even know about, much less have the ability to grasp, believe that they “deserve” what they have.

And that means that “lazy freeloaders” shouldn’t receive much of it in the form of services provided by taxes.

No matter how much screaming is done about the “47 percent” not paying federal income taxes, the reality is that the wealthy still benefit the most from tax breaks, and even those not paying federal income taxes are subject to other taxes. Additionally, it’s worth understanding that, once you consider effective tax rates, the wealthy aren’t being hammered as much as they seem to think they’re being hammered. 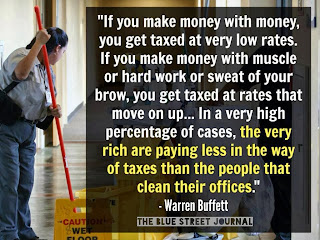 Part of the reason for that is due to the fact that the wealthy “earn” most of their income from investments and tax-advantaged sources. So, even though their marginal rates might be higher, the effective tax rate is usually lower, thanks to tax breaks and the lower taxes paid on investment income with a favorable rate.

Romney and many other wealthy folks often come from families of some means. (There’s nothing wrong with this, unless it comes with a propensity to look down on others.) They have money to invest. The working poor, and many of those in the lower- to middle- middle class, don’t have that luxury. They work just to survive, and feel lucky if they can set aside a little for savings. And many are scared of investing. One of the biggest rules of investing is don’t invest what you can’t afford to lose.

When you’re living on the edge, it’s hard to get excited about risking your money like that. As a result, it’s hard to build wealth from meager savings.

Plus, they have to pay taxes on earned income, and that income comes with Social Security tax, which represents one of the most regressive taxation processes. 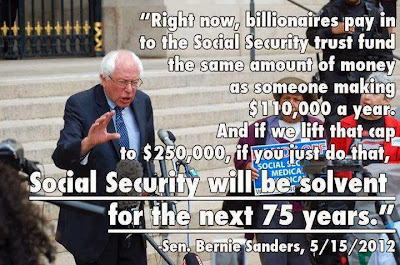 We should not even consider cutting Social Security benefits because, my GOODNESS it’s regressive, and many people are, in fact paying into the system. This tax weirdness is also a big reason that my effective tax rate is higher than Romney’s. Since I’m a solopreneur, I’m paying the employer side as well as the employee side. Sure, I get a tax break for a portion of what I pay, but it still bumps up my effective tax rate. (And, honestly, I’m ok with that. I can afford my taxes better than many others can.)

And don’t even get me started on the effective corporate tax rate. Big corporations are hardly suffering, no matter what the “official” tax rate is.

So, no, I don’t understand why we can’t raise taxes on the top 2 percent, or even the top 10 percent. The point in time that everyone remembers fondly as the greatest economic moment in our country, with a growing and thriving middle class, was marked by a much smaller pay gap between CEOs and workers, much higher tax rates on the wealthy, and a belief that the social safety net was important.

And the best news? Higher tax rates on the wealthy probably won’t even hurt the economy. A move to tax the wealthy wouldn’t spell economic armageddon — although the growing wealth inequality in the country could.

So, if you already have plenty, and then even more to spare, I’m not sure what the big deal is with a tax increase. I know it’s because I’m a thick-headed, crazy-stupid, bleeding heart liberal/progressive, but it just doesn’t make sense to me. I guess I’m the one who lacks empathy, since I don’t understand the plight of the top 10 percent.