As someone at the liberal end of the spectrum in a conservative state, and participating in a religion that many associate with conservatism and capitalism, I get asked a lot about why I vote the way I do.

Particularly why I plan to vote for a socialist Muslim who hates America and is actively plotting its downfall. 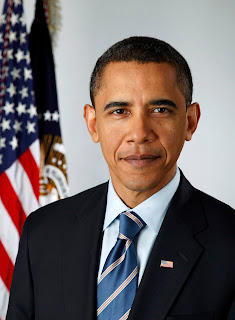 The simplest answer, of course, is that Obama really isn't any of those things. (I do want to make it clear that I have no problem with voting for a Muslim; my husband, though ok with a Muslim, was horrified when I, without hesitation, said I'd have no problem voting for an Atheist.)

To me, it's about priorities. Instead of focusing on the hate-filled lies, I look at which candidate most closely matches my own priorities. While I think the economy is important, the truth is that you don't fix something that was decades in the making, and the result of several different factors, in only four years.

Plus, I don't think that any president can do much to fix the economy anyway, between the stuff that has to be put into law by Congress and the influence of the Fed on monetary policy.

Instead, my priorities are more about the following:

I'm also rather passionate about women's reproductive rights, as well as other issues traditional seen as “women's.” And I'm reasonably interested in energy/environmental concerns, particularly those that touch on the public health issue of pollution and on progressing beyond our blind faith in fossil fuels.

In short, many of the policies that Romney seems to embrace, even though he would need a compliant Congress and/or Supreme Court for them to become reality, erase decades of economic and social progress. As a progressive, that bugs me. So, even though I'm not into party affiliation (or the two-party system for that matter), Obama comes the closest of major candidates that aligns with my priorities.

Perhaps, if we ran the country in a way that looked to domestic priorities, and concentrated on creating a society that valued education, healthy citizens, technological/energy advancement, with a tax policy similar to what we saw during the watershed economic era known as the 1950s, we could still defend ourselves, and begin working our way out of the current hole. And eventually be better able to help others around the world.

To tell the truth, that's the sort of Mormonism I still believe in, and those are the kind of political policies I can get behind. I'm not into this wealth = virtue thing that seems to permeate much of Utah Mormon culture, and even society at large. Romney seems to embody wealthy entitlement (I EARNED it; it's MINE) in a way that Obama doesn't.

It's a tall order, I know. Particularly with the current realities of a political system beholden to profit-obsessed companies, steeped in socialized capitalism, who are considered “people.” And superPACs. Can't forget the damn superPACs.

But a girl can dream. Obama, of the major party candidates, is the closest to my priorities. That's why I plan to vote for him.