Before you get hung up on your salary, and the possibility of making more, consider your disposable income.

It’s always amazed me that people can get so hung up on salary. Yes, your salary is important. You need a decent salary if you expect to provide yourself with the necessities of life, and with some of your wants. However, a higher salary isn’t going to cut it for you in every case.

There are times that it’s more important to pay attention to your disposable income. 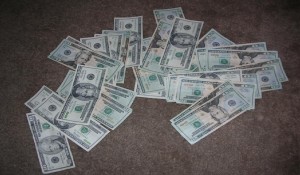 How Do I Define Disposable Income?

Investopedia defines “disposable income” as, “The amount of money that households have available for spending and saving after income taxes have been accounted for.”

You can figure out your own version of disposable income, but I like mine because it allows you to figure your cost of living into the equation, and determine whether or not you really are better off if you move somewhere new.

Cost of Living and Your Disposable Income

CNN Money has a handy cost of living calculator that can help you figure out where you would stand if you moved to another city. Right now, I kind of like where I live because there is a low cost of living. With what my husband and I make, we are able to live comfortably. Our home is modest, and the other costs in this area are quite low.

Things would change, however, if we moved. The cost of living calculator provides you with an estimate of the salary you would need to maintain a similar lifestyle if you changed situations. Here’s what would happen if we moved from our town in Utah to Seattle, Washington:

We would have to make $33,718 more per year in order to make the move worth it. All of the needs cost more in Seattle than they do here. Housing would be the biggest increase, since housing costs 77 percent more. We could save on housing by living outside of Seattle, but then we’d have to decide whether or not a commute would be worth it.

I wouldn’t have to commute; I work from home?so my job isn’t location-dependent. My husband is a university instructor, so if we move it will be for his job. That means that we have to consider his commute in the bargain, and whether or not it’s worth the time commitment.

We are also fortunate that?I am the primary breadwinner, so whatever my husband makes ends up being gravy. If we moved to Seattle, whatever university job he had would likely pay him at least $33,718 more than he’s making as an adjunct professor.

I tried to find a place where we could move that would cost less than where we are now, but it was tough to do. The CNN calculator didn’t offer an option for Logan, which is where we actually live. According to AreaVibes, this is the actual cost of living for Logan:

Living here puts us below the average for Utah, and well below the cost of living nationally. Almost anywhere we go, we’d basically be taking a hit on our disposable income because it costs so little, comparatively, to live here.

I played around with the CNN Money calculator a little bit to see if I could find some places to go in order to save on the cost of living. Here are a few of those places:

I also wanted to take a look at what it would cost to move to a major metropolitan area. Moving to Manhattan would require an annual salary of $281, 140 to maintain a lifestyle similar to what we have right now. Even if my husband taught at NYU, and earned the average salary of $175,900, we would?just?be able to maintain our quality of life, if I didn’t work any more. Chances are, though, that he wouldn’t be starting at that salary in New York City. We’d have a better chance of moving to Washington, D.C., where we would need $180,313 to maintain our quality of life. San Francisco would also require a little planning, since it would cost us $205,460 to maintain. The average salary for a UC Berkeley professor is $149,100, but, again, my husband wouldn’t likely start out with that.

Why We Like Where We Are: Our Disposable Income = Our Preferred Lifestyle

A lot of people have asked why my husband hasn’t cast a wide net when looking for jobs. Sure, he could make a higher salary, but if we were to move somewhere we wanted to live, chances are that we would either have to pinch pennies, or I would have to ramp up my workload — and my goal for my home business this year is to work less.

Here are some of the reasons we like where we live right now, even though sometimes it’s a little frustrating because we don’t exactly “fit in”:

All of this comes with a very low price tag. We can live our preferred lifestyle, and do pretty much what we want while saving for retirement, building an emergency fund, and taking care of our other priorities. My husband likes what he’s doing, and moving to another place, even for better pay, would mean giving something up. We’d either end up having to modify our lifestyle to bring it line with the new cost of living and lower disposable income, or we’d have to move somewhere that doesn’t have a delightful mix of small-town feel with big-city experiences nearby.

What’s your situation? Do you consider your disposable income? What would make it worth it for you to move to a new place?

7 thoughts on “Pay Less Attention to Salary, and More to Disposable Income”