I've been watching James Bond movies since I was a teenager, including the classics with Sean Connery. And I love Daniel Craig as James Bond now. Check out what 007 can teach you about branding your home business.

Who doesn?t want to be James Bond? All those cool gadgets and suave lines, the martini order that is refined and cultured. He?s cool and collected with ladies, always lucky at the tables and he can get out of almost any jam. That?s why he?s an excellent person to learn about branding from. That guy is so comfortable in his own skin that he?s not even shy about letting enemies know who he is. The next time you?re at a conference, you might be able to channel a bit of James Bond to help grow your brand. 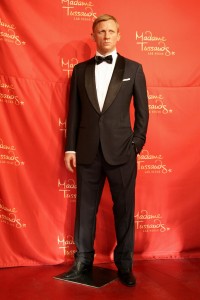 In the book Casino Royale, Bond?s appearance starts to wane midway through. He loses his confidence at the tables giving his opponent, the mischievous Le Chiffe, the upper hand. He almost loses it all, until he has a chance to step back and collect himself.

Just like you won?t catch Bond without a suit, your business should have that defining element that sets you apart. Your ?signature drink order,? as it were, of service or the way you handle returns and shipping. Put these value propositions front and center to show off your best features and keep confidence and trust levels high between you and the customer.

In ?From Russia with Love? SPECTRE attempts to frame James bond with a scandalous video of him making love to an enemy spy. That video makes Bond a popular target upon recovery, resulting in numerous attempts on his life in last ditch efforts to shame him.

Obviously you don?t want to go around Vlogging your private life but the popularity of video is not to be denied. You might not have a salacious tape handy, but there could be some industry secrets you could give away on camera that would lend you some credibility. Video interviews are also popular, giving you and your partner a chance to discuss ideas in depth. Invite an expert from the community, and make sure to qualify that person so the audience knows your subject has a background in the material you create.

James Bond arguably could not have survived the plot of Goldfinger where it not for the giveaways from the Q Branch. Their high tech Aston Martin, complete with a license plate flipper and smoke screen, helped Bond escape Goldfinger during some critical points in the film?s plot.

You probably can?t give customers a new car, and you definitely can?t outfit that car with military grade spy technology. But you can give coupons for a free consultation. You might also put your logo on custom t-shirts, then give them away at trade shows. Print Sudoku notebooks for convention goers to carry around for when they get bored. Anything someone can use that has your brand on it is a good tool to have in the field.

Bond spends a lot of time in the books preparing mentally for his encounters. The books are arguably more cerebral than the films, but there are no shortages of briefings in the films. Without this crucial preparation phase, Bond?s gadgets and talents would be for naught. Opponents like Hugo Drax, who?s moon base threatened total destruction in Moonraker, required precision execution to properly subdue the threat.

Your own work demands critical attention to detail. The keywords you use, the copy you write, and the products you sell are all in competition with others in your niche. No matter what you product is, the ability to laser focus on your objectives is your most crucial asset. Just like James Bond, you can plan for success and get there through gadgets and relationships.