Want simple, straightforward advice for your home business? Scott Stratten from UnMarketing has it for you in QR Codes Kill Kittens.

I just back from NMX, and that means I've got all sorts of useful tidbits tumbling around in my mind.

The Sunday morning keynote address was from Scott Stratten, the president of UnMarketing. His latest book is QR Codes Kill Kittens: How to Alienate Customers, Dishearten Employees, and Drive Your Business into the Ground

Stratten's keynote was the best I've heard at NMX, and I was around for Mike Shinoda's back in the day, and there have been plenty of other great keynotes. 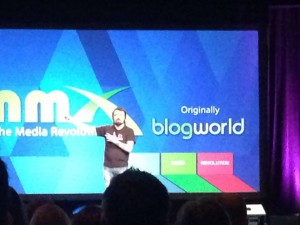 The message was simple, and connected to?QR Codes Kill Kittens: Rather than rush out and do something for your business just because you CAN, stop and make sure you SHOULD. Also, take a look at the real why behind your business difficulties, and don't think some shiny “new” technology is going to magically fix everything.

QR Codes and Your Business

Stratten isn't against QR codes. However, he uses them as an example of things businesses do to show that they can “keep up with the iJoneses.” So many businesses assume that they “need” to have certain things to show that they are “with it.” Unfortunately, just using QR codes isn't always a good idea.

Often, QR codes are used wrong, or they just don't work.?QR Codes Kill Kittens?includes a number of examples of QR codes gone awry, as well as other examples of businesses doing stupid things. The book identifies four reasons that QR codes (and other things that don't add value to your customer) are a bad idea:

It's a fun book full of examples, and it also provides lessons on how to be a better business.

During the keynote, Stratten pointed out that, instead of trying to figure out how to market your crappy product, or trying to seem cool by showing that you use QR codes and social media, you should first concentrate on creating great products and great services. Rather than forcing your own selfish desires on consumers, Stratten recommends that you, “Create stuff that your audience can consumer the way they want.”

Let Others Do Their Jobs

I only started this blog because Tom Drake was willing to be my business partner and handle all the backend and monetization stuff. While I sometimes ask questions, because I think it's important to have an idea of what is going on, I pretty much let him do his thing. He knows what he's doing, and there's no reason to muck it up.

Stratten used the example of design. So many businesses spend months arguing about fonts on brochures. Or designing logos. He says that they should let designers do this. And, instead of trying to provide input to the designers, they should just step back and let them do their jobs. (The Oatmeal comic on the subject of web design immediately popped into my head as Stratten spoke.)

“Focus on what matters. Stop obsessing over these things,” says Stratten.

What I got out of it: Work on your business, and providing something high-quality, and let others do what they do best.

Stratten is hilarious in person and in print, and he does a great job of using examples to illustrate his points. If you get a chance to listen to him (he has a podcast) or pick up one of his books, I highly recommend taking that chance.