This morning I finally made the decision to change my Facebook profile picture to this: 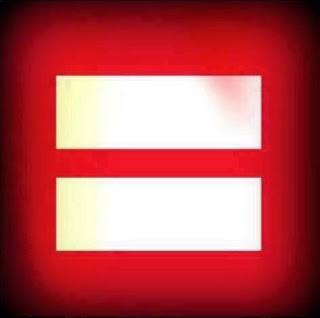 I am aware that I am rather late to the party. But, and I'm going to be honest here, I was a little concerned about what others would think. I don't often worry about that. But this is a Big Deal here in Utah, and changing my Facebook profile picture declared something.

And it declared something more unequivocal than the sad little word-vomits that a very few people have been privy to when it comes to my feelings on the Church and gender issues.

So I am a little nervous. There are already implications that poor Josh needs to get his wife under control, and, well, here's more proof.

My Problems with DOMA (and Prop 8)

I think those aspects of marriage should be permanently divorced from each other. If you want the legal, tax, and employment benefits we associated with marriage, I think you should go down to the Justice of the Peace, or register at the courthouse, or do whatever legal paper-signing is required to get that protection in a non-religious setting, without religious officiation. Then, if a religious ceremony is important to you, go ahead and do that, too. It neatly solves the problems we see when we continue to allow one specific set of religious beliefs to dominate the definition of what constitutes a legal partnership.

There are financial and legal benefits attached to marriage, and we either need to relegate marriage to the strictly religious realm and require everyone to get civil unions to have their partnerships recognized by the government, or we need to expand our society's definition of marriage.

DOMA legalizes discrimination against those who are part of same-sex partnerships.

Even if states pass laws about civil unions or marriage or whatever, same-sex couples just don't get the same tax treatment at the federal level because of DOMA. That's discrimination, pure and simple.

And, to be honest, I think the Church needs to address this difference. The Church affirms support for employment and legal rights for same-sex couples:

Further, while the Church is strongly on the record as opposing same-sex marriage, it has openly supported other rights for gays and lesbians such as protections in housing or employment.

As you can see, it doesn't address the issue of DOMA, or the fact that many same-sex couples are not receiving those protections because of legislation like Prop 8 and DOMA.

Marriage-as-religion needs to be separated from marriage-as-legal-partnership. When that is done, religions can choose whom to perform marriages for (just as they do now; not everyone can have a temple sealing, even if they are members of the Church), and same-sex couples can receive the legal, tax, and employment benefits they should be entitled to without all of this trouble.

9 thoughts on “SCOTUS, DOMA, and My Decision to Change My Facebook Profile Picture”