For some enterprising investors, it seems like a sure thing to melt down coins for the base metal content. However, you really shouldn't — at least when it comes to US currency. 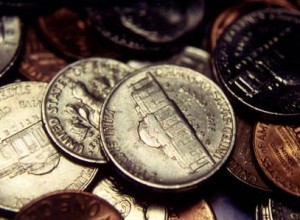 As a result of concerns about fiat currency, and worries that precious metals are too expensive for some to invest in, coin hoarding has become more popular. It's much cheaper to get involved in nickel hoarding or penny hoarding than it is to try to buy an ounce of gold.

If you melt down pennies and nickels, you could spend up to five years in prison, as well as possibly pay up to $10,000 in fines. On top of that, the melted metal will be confiscated.

Don't think that you can simply send the coins to another country to be melted down, either. It's illegal to export pennies and nickels to melt down the metal content. Trying to leave the country with more than $5 in nickels and pennies is also illegal. The United States is serious about using these coins for circulation.

Of course, things could change. Canada recently got rid of its penny, and there is some interest in the United States for getting rid of the penny. After all, it costs more than a cent to make a penny. Some enthusiasts hope that ending the penny as US currency could make it legal to melt pennies down for the base metal content.

However, best results would only be achieved with pre-1983 pennies, or with nickels. For the most part, many coin hoarders are simply interested in building up their supplies in case they are needed — or if the day comes when it becomes possible to melt down coins for metal content. But until then,?do not attempt to melt down coins. It's illegal.

2 thoughts on “Should You Melt Down Coins for the Base Metal Content?”