I'm not a big fan of universal life insurance. But I have it anyway.

Just after my husband and I married, we decided that it was a good idea to purchase life insurance for each of us. We were just starting out, and it seemed like a good idea. We didn't know much about life insurance — or anything financial. What we knew was that we needed to be careful with our money, and that we had credit card debt.

We had a friend who had?just?received his license to sell insurance. He was ready to help us out. He recommended a universal life insurance policy, gushing about how it builds cash value and how he was using his own universal life policy as a savings vehicle. At the time, interest rates weren't super-fantastic, but they beat where they're at now, and, besides, over the course of the next few years, in the run up to 2007, interest rates rose.

Because we didn't know any better, we went for it. It would cover us our whole lives, and it would be a great savings vehicle! Yay! 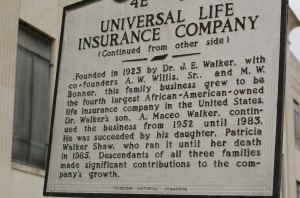 For more than 10 years, I was ok with the universal life policy. As I learned more about finances, mainly due to the fact that I write about them, I began to see that a universal life policy isn't the way to build wealth over time. But the premiums weren't bad because we didn't have a lot of coverage. I figured the cash value built up would be enough, at some point, to take a nice vacation or something in early retirement (this was also before I revised my views of retirement and life design).

And then, this year happened.

We had been going along with the universal life coverage, paying the minimum. The minimum established way back when we bought the policy. It was building cash value, thanks to rising interest rates. However, that's not how universal life keeps working. Sometimes, the premium has to be adjusted to reflect the changing interest rates. The cash value in your policy can make up for the difference, but if you end up with a few years in a row of rates that are stuck between 0 and 0.25 percent, things are going to get ugly.

This year, it turns out that my husband and I were each $300 short of keeping our universal life policies in place. When I received the notices, I was a bit confused. Weren't we paying the minimum? I hadn't really thought about it, even after I started writing about finances. We were paying the minimum, and that seemed just fine. 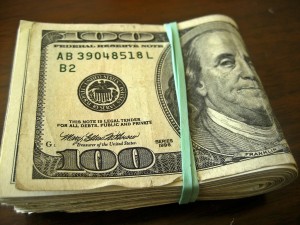 So I called the insurance agent. I talked to a secretary or intern or something. She looked at my information. She had no clue why our policies were on the verge of collapse. I called the home office. The two people I talked to?at the home office didn't get it, either. They promised to look into the situation and get back to me. They didn't. My policy lapsed and then my insurance agent called. He explained everything to me, including the fact that, since ours was one of the first policies he sold, he didn't really get it at the time, either. But now he could explain it all to me. Our minimum just wasn't enough anymore. That simple.

My husband and I were faced with a choice: Should we just let the policies die? Or should we fight for reinstatement? For better or for worse, we decided on reinstatement. I paid the amount we were short, and we are boosting our premium payment (the excess of which will go toward our slowly building cash value).

The extra premium payment isn't onerous, and I'm not overly fond of the idea of continuing with the universal life policy, but my husband and I decided that losing the cash value built up so far (and we are?so close to some special and fabulous milestone that I am assured will make all this worth it) was even worse. It's not the most effective savings vehicle out there, but it's not stopping us from our retirement account contributions, or the regular contributions to the investment account that serves as my emergency fund.

So we'll keep with it.

There are lots of things I'd tell my younger self. And one of those things would be to just get the term life insurance and invest the premium difference. But, hey, it's about living and learning, right?

7 thoughts on “Things I Wish I Knew Before: Skip the Universal Life Insurance”