***Update: It's been an interesting few weeks. After Utah's gay marriage ban was struck down, the state immediately filed for a stay so that they could appeal. The stay was denied by the federal court, but SCOTUS went ahead and agreed to the stay. Close to 1,000 couples were married in that time frame, but Governor Herbert is adamant that Utah won't recognize those marriages until it absolutely has to (if the the Supreme Court ultimately agrees with the removal of the ban). But the federal government plans to recognize those marriages. The fun continues! Also, to add a little more awesome to your day, photographer Pamela Ann Berry was at the Salt Lake County building to take pictures of the happiness on December 20 (that has, of course, now turned to confusion).***

More than a week ago, a federal judge struck down Utah's ban on gay marriage. The ban was voted on in 2004, and became an amendment to the state constitution with a majority of 66 percent. Other states have enacted bans on gay marriage, and those are likely in “peril” as well.

As soon as the news broke, my Facebook feed exploded. Since the Phil Robertson thing erupted just before, it was like I couldn't escape the alarming prospect that gays are destroying Western Civilization As We Know It. (Yes, I know people who connected Phil Robertson with the Utah decision and connected both with a nefarious gay plot to ruin the lives of God-fearing people everywhere. Also, that whole “free speech” issue is one that I wish I had time to tackle, but there are plenty of others who have it covered, including the fact that many of the same people screaming about how a business shouldn't be able to fire someone for expressing himself are the very same people who I've heard express, rather forcefully, that businesses should be able to fire people for expressing themselves by being gay. Apparently only businesses with the “proper” “morality” should be able to fire at will. But I digress.) 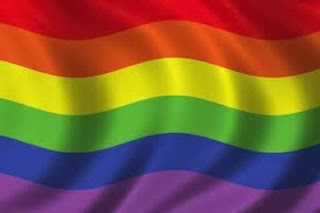 So I've been thinking about the whole thing. I'm lucky because my family tries to avoid political discussions when we're all together for holidays. This makes things nicer for everyone because I'm a crazy liberal, there are a few centrists floating around, and there are a few clear conservatives, with a smattering of other political shadings mixed in. Everyone's happier if we avoid hot-button issues.

I received several messages from various folks who weren't so lucky. They were stuck listening to tirades about how the evil federal judge is forcing his warped views on the righteous people of the State of Utah and requiring them to give those immoral gays “special” treatment. I was told, several times, that a blog post about this would be great. I'd probably write one anyway, since we all know how I feel about gay marriage, but it gives me warm fuzzies to know that there are at least six people who like my rants, and are disappointed when I don't throw something up here immediately when there's a chance I've got something crazy progressive to say.

What I hear a lot is that this federal judge is ignoring the “voice of the people,” who expressed their desires to deny an entire group of people the same protections they enjoy. (I know, I know: The Fourteenth Amendment probably doesn't count as a “real” part of the U.S. Constitution. After all, it wasn't part of the original founding document. /facepalm)

However, it's important to understand that no right is absolute, even those granted to us under the federal Constitution. In fact, we accept restrictions on our stated rights all the time. Limits to freedom speech have been accepted by many of us, and the right to assemble peacefully are limited by the issuance of permits. Who hasn't heard of a “free speech zone?” Due process? Right to a jury trial in civil cases? These have limits. We accept limits on the Fourth Amendment, and on just about all the other amendments that make up the Bill of Rights. It's not unreasonable to assume that restrictions are necessary on what many consider the free-for-all ability to claim rights under the Ninth and Tenth Amendments.

Most of us know instinctively that there are reasonable restrictions on our individual rights — especially when we start crossing the line and infringing on others' rights. People like to say that states shouldn't be interfered with, either. It's a nice thought, but we have plenty of evidence from the past that letting states decide this sort of thing is usually just code for “we think we have the right to deny others equal protection and rights because a majority of people in this state don't approve of something.”

In the case of gay marriage in Utah (and other states with similar bans in place) there is no compelling reason to deny gay couples the same rights and protections that we associate with the legal status of marriage. The best reason most people upset about this whole thing can come up with, in terms of restricting this right (and freaking out and trying to stop the gay marriages being performed all over the place in Utah), is “the Bible says homosexuality is wrong.” Oh, and there is also the perennial favorite, “my church teaches that it's a sin.”

You can debate whether or not it's a choice, whether you should go Old Testament on the subject or consider the fact that in the New Testament Jesus doesn't say anything about it, or address any number of questions regarding the morality of homosexuality (especially since there are large numbers of gay people who are religious).

But the real question is this: Does the fact that you think it's a sin, and the fact that the people around you agree that God says it's a sin, give you the “right” to deny someone else the ability to claim the same legal and tax status that you take for granted?

At this point in time, I'm a religious person, and for now I belong to a religion that views acting on “same-sex attraction” as sin. While my own feelings about the doctrine are mixed and require sorting out, I am able to quite clearly see that the teachings of my church shouldn't be legislated in a way that infringes on reasonable rights and protections that others deserve to have. Just because my church teaches something doesn't mean that I should be part of a cadre that wants to force others to live by that creed.

We don't live in a theocracy. The United States government was designed, in part, to avoid theocracy. Basing secular law on religious interpretations that not everyone believes/agrees with isn't really kosher. When people and states start trying to codify morality, things get ugly (well, uglier than they already are in politics). What I love is that, since nothing in the original laws of the land expressly forbid gay marriage, the assumption is that gays inherently have the legal right to marry. That's why states like Utah felt a ban was necessary and why DOMA was passed back in the day. These types of laws are designed to fix “moral” “oversights.” Otherwise, those gays will apply for marriage licenses! And without a law telling them they can't get married, they'll likely go ahead and do so! And good, moral society as we know it will disintegrate! Goodbye to Western Civilization!

There's no non-religious reason to deny gays the ability to marry. Allowing a vote on this type of ban unreasonably restricts the “pursuit of happiness” (not in the Constitution, or codified by law, true, but still an essential part of political and legal values in the United States). It doesn't diminish your marriage (or ability to marry some day) as a heterosexual if homosexuals decide to tie the knot.

They aren't even getting “special” treatment. They are actually — finally — getting treatment and protections that most other non-gay people already take for granted.