Traditionally, the man in a relationship is the “provider,” earning most of the money. What happens to marriage/partner relationships when women earn more money than men?

One of my favorite books is The Stepford Wives

by Ira Levin. It's short and well written with good pacing and suspense. And it says something profound about gender relationships.

The biggest misconception about The Stepford Wives is that the book calls out housewives and makes fun of them. While the women of Stepford are, in fact, “perfect” housekeepers, they aren't that way by choice. They're (spoiler alert!) automatons created by their husbands to serve their whims.

The point of The Stepford Wives is not that there's something wrong with a clean house and a devoted mother; the point is that many men have a hard time with strong, independent, successful women. The book was written during a time when women were starting to come into their own, starting to explore their potential. There was a lot of pushback from men who wanted to maintain the status quo.

As I read a recent article from The Atlantic, it occurred to me that not much has changed in the more than 40 years since The Stepford Wives was written. It still appears that many men resent being married to successful women. 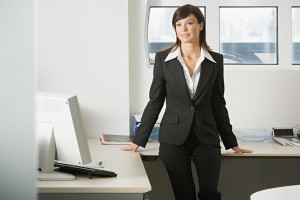 What Happens in Marriages when Women Earn More?

I am fortunate. My husband is supportive of my writing career even though we live in a very traditional community and he is sometimes teased for not earning as much as I do. Well, he's sometimes teased by people who actually know who the primary breadwinner in our family happens to be. In reality, many of our neighbors assume that he's the primary breadwinner. It doesn't matter that I stay home while earning more. The fact is that I earn more, and some of the men around here think that reflects somehow on my husband's “manhood.”

Even with the teasing, though, my husband doesn't hide who earns more money. He acknowledges it comfortably. He grew up around strong women with jobs, and he is used to women who speak their minds and enjoy a certain level of financial success.

Not Every Dude is “Man Enough” to Handle Being Outearned

But not all men are comfortable with the idea of women as primary breadwinners. For many men, it feels like a direct slap in the fact when women earn more money. Gender roles seem to be changing a bit, but some things still seem to remain the same — at least according to the research cited by The Atlantic.

In our society, men are still often associated with being “providers,” and providing is often associated with true manliness. If you aren't earning a living for your family, how can you be a “true” man? And what are you supposed to do with yourself if your identity isn't wrapped up in earning more than your spouse?

According to the research presented in The Atlantic article, marriages struggle when women earn more money. This isn't always the case, of course (my marriage is an exception), but it seems to be a reality. As a result, some women scale back their ambitions and give up careers. After all, says the article, quoting a paper on the subject, “husbands hate being out-earned by their wives, and wives hate living with husbands who resent them.”

Do Men Want Equal Partners? Or Do They Want Stepford Wives?

It's a very Stepford situation. In The Stepford Wives, the men are annoyed with having successful wives who have hobbies and interests outside the home. None of these women have jobs, though (after all, women in the workplace weren't as common when the book was written).

The men don't want to share housework and child-rearing responsibilities. So, they are fine with killing their uppity wives and creating lifelike robots mimicking them. These robots are altered to be at the peak of physical attractiveness and are completely devoted to the men's needs and wants.

We see something similar in the research presented, and in some of the teasing my husband receives for doing household chores (he doesn't do them all; my son and I do our share, too).

The article points out that not only are there women that earn more money than their spouses but in many of those situations, the women actually do more of the housework. Are these women compensating for the fact that they are stepping on their husbands' egos? They do more of the ” women's work” on top of working outside the home. 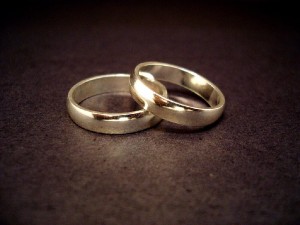 Can Marriages Where Women Earn More Money Be Happy?

Wouldn't it be nice if we could be happy for each other? My husband doesn't mind that I earn more. In part, that's because we look at our combined earnings as a way to achieve our desired lifestyle. Sometimes we disagree about what to spend our money on, but overall we are working toward the same general goals and lifestyle.

On top of that, the fact that I earn more has allowed him to do what he really loves teach. He's a university instructor, and my income allows him to do that without having to worry about whether he's making “enough.” I know women who insist that their husbands work at higher-paying jobs (that they hate) so that they can live their desired lifestyles while staying home and taking care of the house.

Don't get me wrong. I don't think there's anything wrong with being primarily a homemaker/chief household officer/whatever you want to call it.

I think we all have different goals and desires. It's sad when a woman (or anyone) feels like she has to hold back for fear that her husband will resent her. Yes, we all make compromises in marriage, and we don't always get exactly what we want all the time.

It's sad to worry that your husband feels threatened by your earning power.

, makes an interesting observation about the quest for the woman who wants to “emerge, herself, into the light of transcendence.” De Beauvoir points out that often, “it is with a bad grace that the man lets her go.”

66 thoughts on “When Women Earn More Money: Can This Destroy Your Marriage?”