It's been an interesting couple of years, especially for those who work in the online space. It you work in the realm of blogging, like I do, social media is an important part of the job. And it's been interesting to see the rise of social media companies as they go from fun ways to keep in tough with your loved ones to serious business ventures. LinkedIn and Facebook are now publicly traded companies.

The next Big Thing in social media investing is, of course, Twitter. 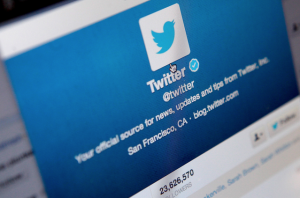 I admit I'm a little bit tempted to invest in the upcoming Twitter IPO. I've never bought during an IPO, and I think it could be fun. As you probably know from reading about my investing style, I'm pretty boring. I don't venture out much beyond carefully chosen funds and dividend aristocrats.

However, the Twitter IPO looks like it might be interesting, in part because, as with many IPOs, there are conflicting views about how things will turn out. It's impossible for analysts not to compare the forthcoming Twitter IPO with what happened when Facebook went public, but, even so, there are interesting nuggets out there.

First of all, Twitter has hiked its IPO price. Its new range is between $23 and $24, up from $17 to $20. According to Rick Summer, the Morningstar analyst, this makes perfect sense. He thinks that fair value for Twitter is $26. If he's right, if you can actually snag Twitter for the IPO price (and that will be difficult, I think, unless Twitter tanks), you could get a decent enough deal. And, if Summer is correct in his thought that bullishness on TWTR could push share prices as high as $50, then you could really do well by purchasing Twitter fast, and then selling as the price reaches that $50 range. As long as you sell before the price starts to fall again, you would be in pretty good shape.

But what if Summer is wrong? Not everyone thinks that TWTR is going to be a huge hit — at least not for the long haul. According to Rapid Ratings, the Twitter IPO matches a staggering 92% of characteristics shared by “Bubble-Era IPOs.” Rapid Ratings fully expects that Twitter is going to have a hard time. Or, at least it appears that the thought is that Twitter is going to have a quick rise, but drop suddenly when people realize that the company isn't as solid as LinkedIn or Facebook. At least, Twitter is a company at an earlier stage than either of those social media networks when they filed their IPOs and that makes Rapid Ratings a little nervous.

I admit that some of the uncertainty is part of the appeal for me. Am I willing to risk Important Money for the Twitter IPO? Of course not. But I've never really tried this sort of thing, and it might be kind of fun. As long as I'm not putting too much at risk.