Money has gone through many makeovers in the past. What will it look like in the future?

A few weeks ago, I took a trip to Valley Forge with my son and my cousin. One of the displays included money used by soldiers in the camp. It was an interesting look the mish-mash of money used in other times, before we had a country and a monetary system backed by federal authority.

Below are a couple of bills, paper money, issued on the authority of the “Common-Wealth of Pennsylvania.” One of them is for 16 shillings, and one for three shillings. It's interesting that one of the notes is bigger than the other. Our own paper money here in the United States is, of course, all the same size, no matter the denomination, although some of the bills are “fancier” than others.

Of course, paper money didn't get its start in the Colonies. People and governments have been issuing notes for centuries, including in ancient China. But we've had paper money in the United States since the beginning, and Ben Franklin was an outspoken proponent of paper money (and he thought if was going to be backed by a “hard” asset, it should be land, and not gold or silver).

What I found even more interesting was the way that Revolutionary War soldiers were creative about handling their coin money.

A dollar was certainly worth more than we're used to thinking of. These days, many of us scoff at the humble dollar, since it can't buy all that much. However, during the Revolutionary War even a portion of a dollar could go a long way. But what if all you had was a silver coin in your pocket? It was unlikely that any of your fellows would have enough of their own money to offer change, and there were some who were leery of the paper money. (Even then, worries about the backing of fiat paper money were going around — especially since the Continental Congress struggled with solvency.)

So, what could you do? Well, many soldiers actually cut their coins. 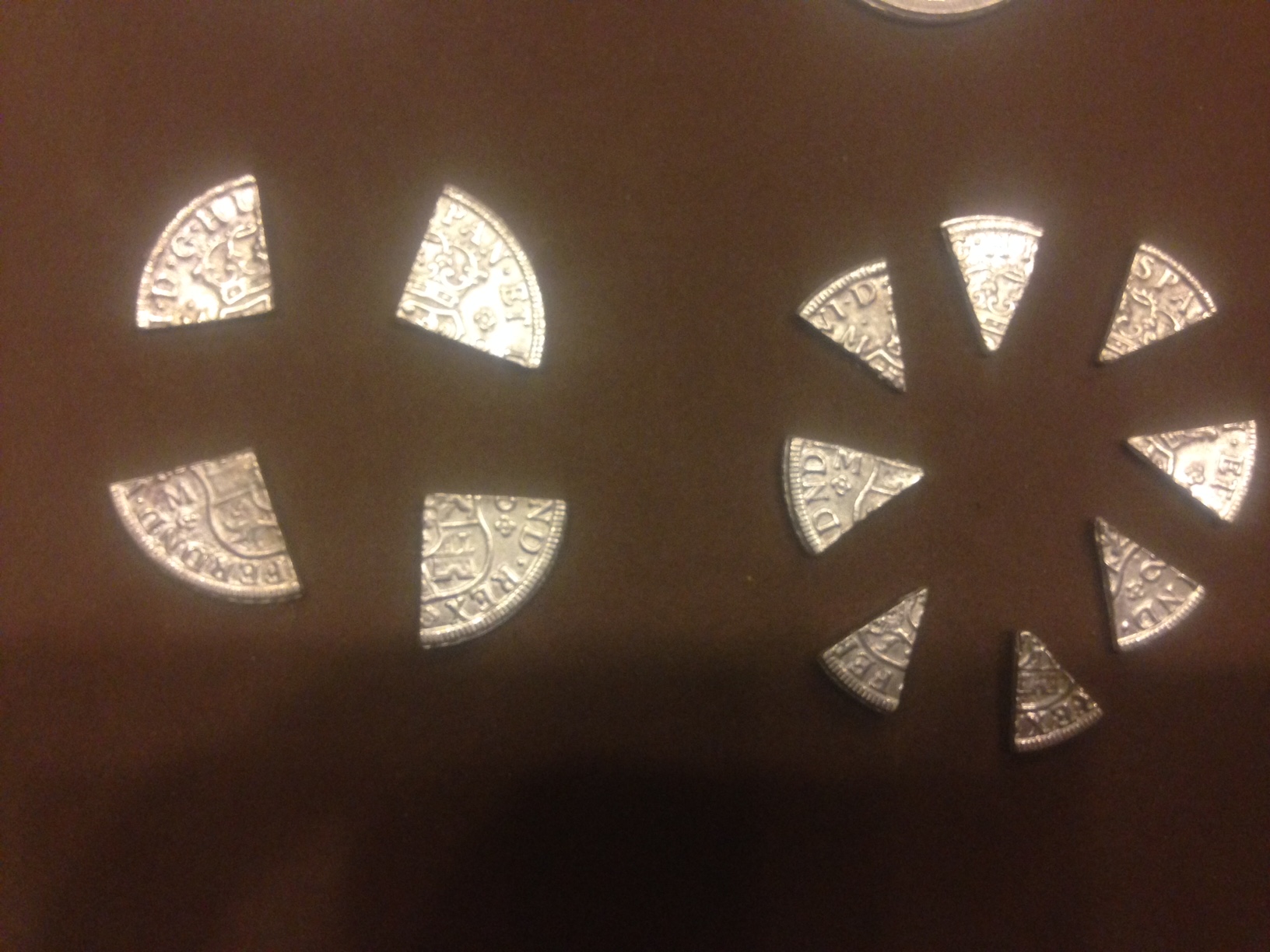 When your currency is made from a precious metal, it's a little bit easier to cut it in pieces, and still make the argument that what you're offering has value. Plus, gold and silver are soft enough to make this a possibility. Can you imagine trying to cut a penny in pieces? Even if the penny was a pre-1983 penny made from copper, it still wouldn't work so well to try to cut it up. In fact, there are laws against that sort of thing.

But I thought it an interesting look at how money was used in the past, and how people exchanged money.

The exchange of money today is quite different. In fact, money is more of an abstract concept than ever. It's even about paper anymore. (Seriously, when was the last time you carried around a wallet full of cash?) Think about it: Plastic and electronic transfer mean that money is really about information. Reminds me of a scene from one of my favorite movies,?Sneakers.

Now that our money?is information, things are changing. It's possible to pay someone on the other side of the world almost instantly because all it takes is an exchange of information. We've made it so convenient that you can even use your phone as a wallet. (Now that Apple has got into the game, the chances of growth in electronic wallets are likely to go up.)

And Bitcoin offers its own interesting options. I actually find Bitcoin fascinating because it reminds me a little of the way the soldiers cut up their physical coins. Because the production of bitcoins will be (supposedly) limited, and due to the fact that there aren't many of them floating about, they have a fairly high perceived value. If you look at many bitcoin transactions, many involve portions of a bitcoin, rather than a full bitcoin. So, you might pay 0.3597 bitcoin for something, rather than one bitcoin. It's like slicing up a silver coin, but much easier — and only a cryptocurrency would allow to go to four decimal places when it comes to pinpointing the “value” of something.

I'm curious to see what's next in the way we exchange money. What do you think? What form does your money take?

2 thoughts on “What Will Money Look Like in the Future?”