As a freelance writer, you might be asked to write press releases. Here are a few tips.

The press release is an interesting animal in this Internet age. Instead of being sent across a wire and possibly picked up and put into various newspapers, a press release is blasted through various services. Once again, media outlets can decide what they will pick up and run with, but press releases now have the advantage of at least being published somewhere. And, if nothing else, you at least get a link, and the press release is searchable online. 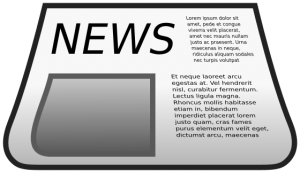 As a freelance writer, you might have clients come to you, asking to write a press release. While composing your press release, here are a few things to keep in mind:

Look online for samples of press releases before you start to get an idea of how to structure your press release, and how to write it. Problogger also offers a great resource on crafting a solid press release that is more likely to be picked up.

How Should You Frame Your Press Release Writing Service?

Depending on how you want to approach it, there are different ways to frame your press release writing service. I occasionally write press releases, but it's not something I do very often, and I don't advertise that I do it. Writing a press release is a bit more difficult than writing a blog post (at least I think so), and it can take a lot more time, if you need to fiddle with it. Some wire services that send out press releases are very picky about what they send out, so you might need to make adjustments a few times. I charge twice as much for a press release as I do for a blog post.

Figure out what you are willing to do, and set a rate based on that. Since I really like writing, and am not fond of much else in the realm of the Internet and promotion, I try to stay away from many non-writing activities related to the Internet — especially as it relates to providing services to clients. However, for the go-getter freelance writer, it might be worth it to consider adding other services to press release writing.